On June 22-25, Dennis and myself (L&D Paranormal Seekers) took a road trip to Eureka, NV for their 2017 initial paracon event.  The drive was a long one especially since I worked that morning and drove after picking up Dennis at his home.   We did hit a very quick rain burst near Pioche, NV which almost came out from nowhere but other than that one weather issue we had a quiet drive.

Adam Bogart, formerly of Sinister Sightings Paranormal team and now Eureka Paranormal, invited me to be a vendor for this event back in late 2016.  I wasn't sure if I would make it there but offered to get the word out via Facebook on my page 'True Ghost Experiences in and around the Las Vegas Areas'.   As the new year 2017 began the event started to take form and was on it's way to happening.  Adam was in contact with me and somehow I  managed to get the time off from work to attend..and now I am really glad I did make it here.

The town was established in 1864 from mining of lead and other ores.  Originally founded by three families from italy, it now has 6th generations of family members residing and owning most of the businesses in town.  A very long history with lots of stories to tell....especially of the paranormal sort.   The towns folk all seem very open to the fact that the paranormal community was there to seek ghosts in their lovely town and welcomed us with open arms.

We arrived very late on Thursday night, too late in fact to take part in the meet and greet which was part of the paracon.  As I said earlier I had to work and being that I was too tired we also had to skip that night's events...a ghost walk and investigation of the garage and Eureka cafe.  We checked into the Sundown Lodge motel and stayed for the night.  Early the next morning, we went out and found a place to eat after talking to Adam and  his wife Sonia who were standing outside of the Eureka cafe.  They recommended the two places in town that served breakfast and we went to the Pony Express Deli at the very south entrance to town.  Along the walk there I took photos of several of the historic buildings...the courthouse which was built in 1879.  The other buildings including The Eureka Opera House and the Jackson House hotel we were going to investigate later in the event.   All these buildings are haunted by the spirits of Eureka's past!

As the day went on...we decided to take the Ghost Walk tour in which Adam would take us to different locations which we were going to investigate in the evening and tell us of the activity and the possible spirits who haunt these locations.  As we were in the Eureka Cafe I took some photos in the underground Tunnels which were said to have been constructed by the Chinese immigrant workers who also possibly worked the mines in Eureka.  Back in the day, if you were a minority you were considered not a full employee or citizen...sad to say about Nevada's past history with immigrants.  So the story is the Chinese helped construct these tunnels so they could freely access any of the neccessary businesses after curfew hours by utilizing these underground tunnel systems.  As were taking looksee, I took one photo that has a strange image of a man in it.  The entire photo looked odd to me as it was super brightly exposed.   Adam and the current owner of the Eureka Cafe Rich McKay have said they believe this is Peter LaBorde, one of the former owners of the cafe and who died many years ago.  The man looks as if he is wearing round rimmed eyeglasses and is weariing a suit jacket with a high collared white shirt underneath.  I was blown away when I saw what I had captured!!!  And pretty much everyone else who was there and saw this photo on my Nikon D3100 camera.

As of this date, we still have not been able to conclusively prove this to be Peter or have identified exactly who it may be.  There is research to be done further.   As the night came on we did the investigation in the cafe and tunnels but no other photos I took had such an image in them.  We did however had a rock thrown at us while we were using a spirit box to communicate with spirits.  Someone asked if they could make a noise to prove that the ghosts/spirits were there with us and then a rock was heard hitting the floor from behind everyone in the group.  After going to the area where the sound came from we couldn't find the rock any where on the floors.

The next place we investigated was the Opera House down the street.  The possible resident spirit was a man named "Mormon Joe".  He was an employee who one night perished in a fire that engulfed the Opera House.  The story is he fell asleep after making a campfire and the embers from the fire made contact with the opera house thus setting the building and unfortunately Joe on fire while he slept.   In the basement we heard what could be described as banging of tables together but there were no others near the area where the sounds came from.  We also went in to the kitchen room in the opera house and I caught what seems to be a dark mass figure at the end of the metal counters.   Paul who is the gentleman in the photo with the dark mass was startled to see it.  He said "it was close enough to touch him!"

Yes dark mass figures can be construed as evil or negative but they are not all that.  Spirit energy can take many different forms from white mists or mass to dark ones like the one in the photo or other forms as well.  Myself, I can not say whether a dark colored mass is a total negative energy as a white mass can also have a negative affect on the living in body human.  And this is coming from someone who was attacked one night by a dark figure.

All in all I believe the town of Eureka, NV will someday go down in history as being one of the most haunted locations for paranormal study and research.  From paranormal teams, scientists or the weekend hobbyists.....you all should come out and take a looksee for yourselves. 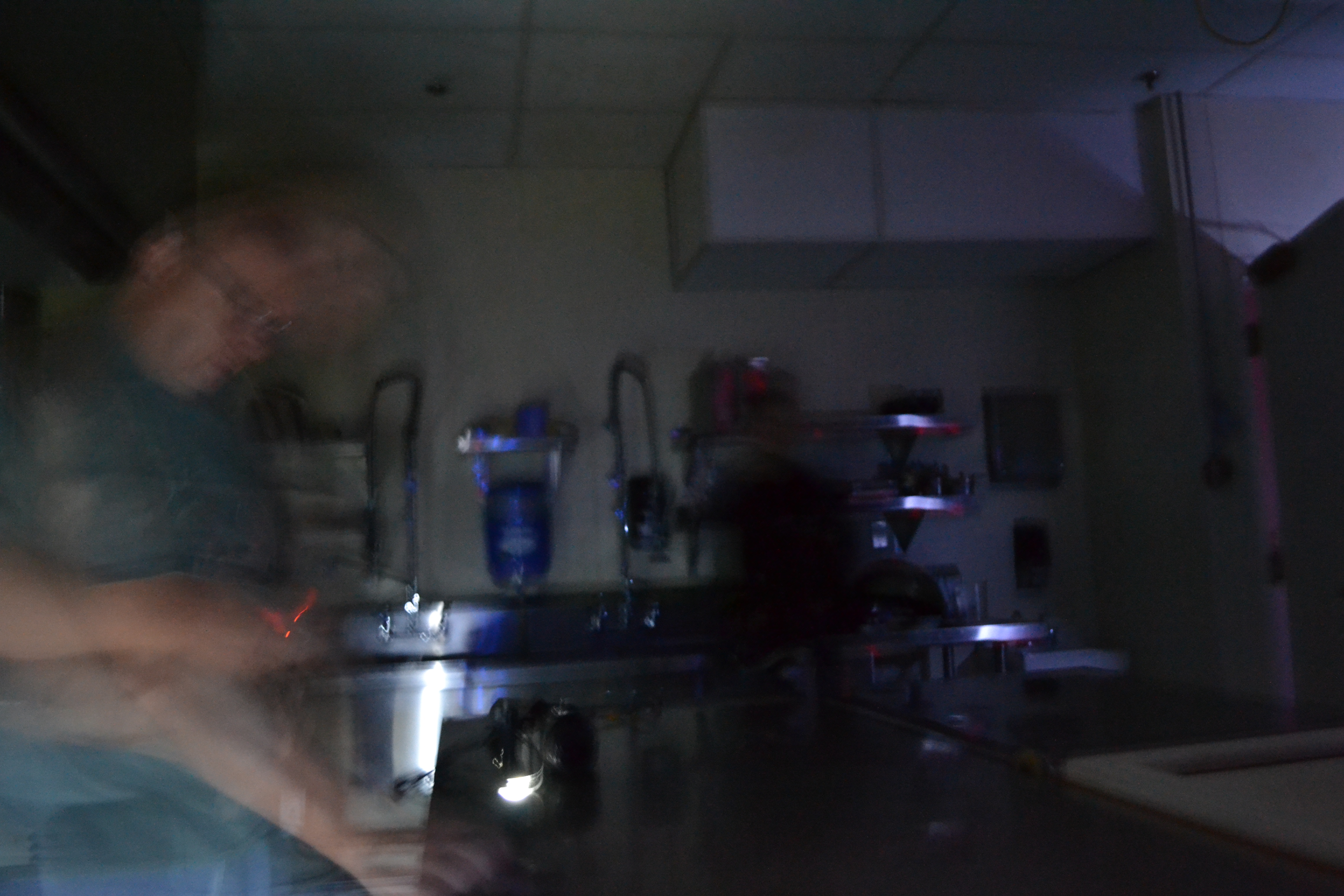 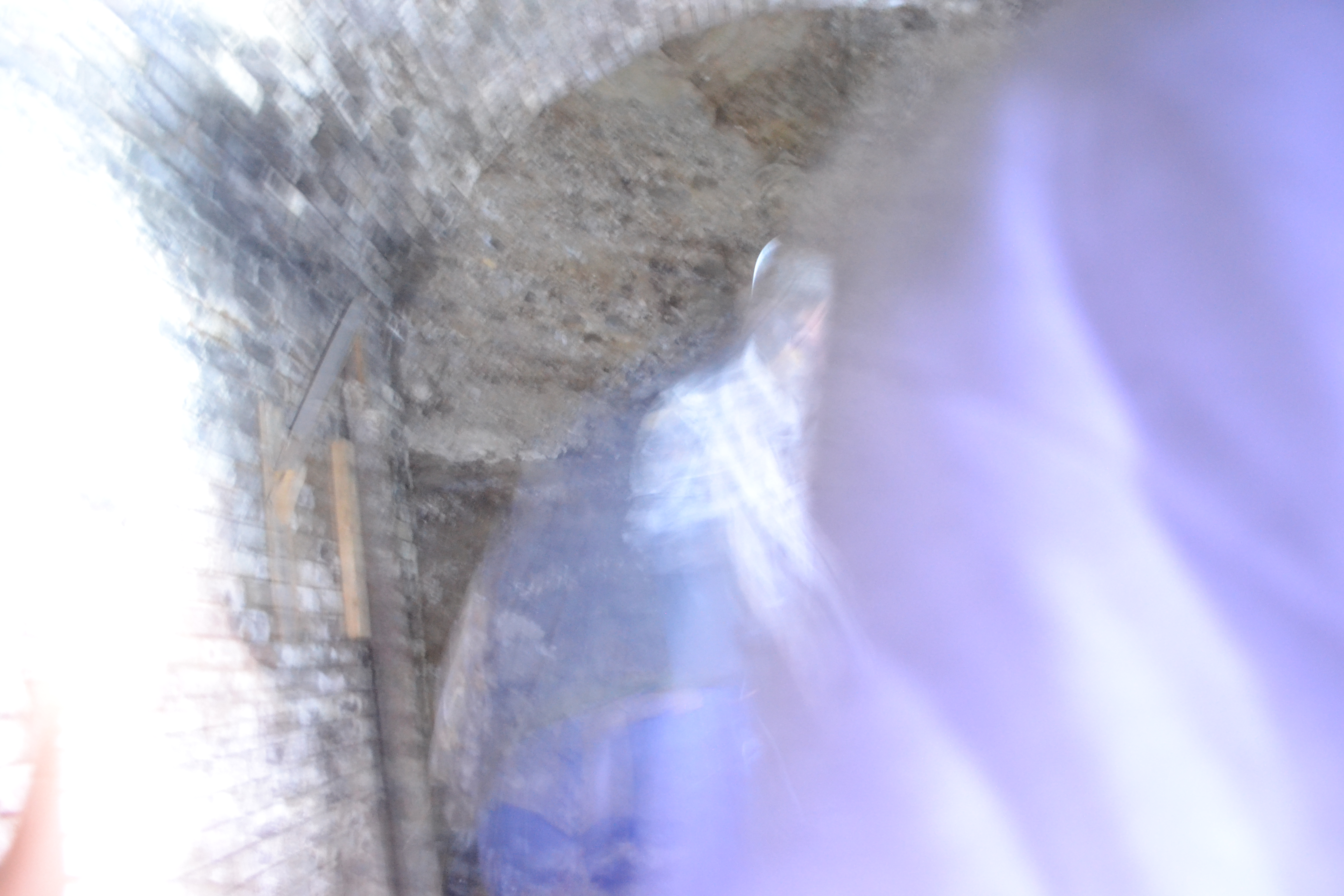 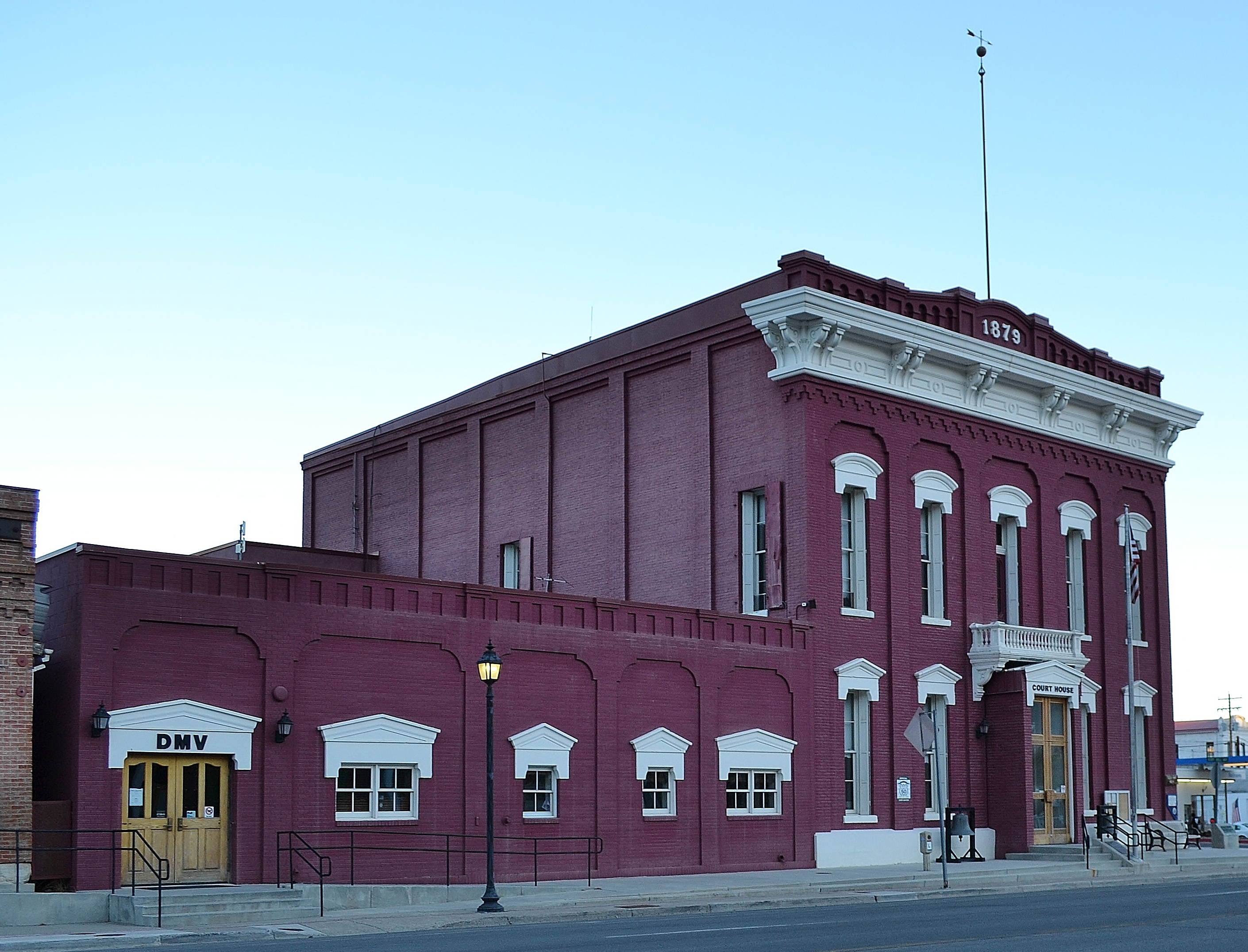